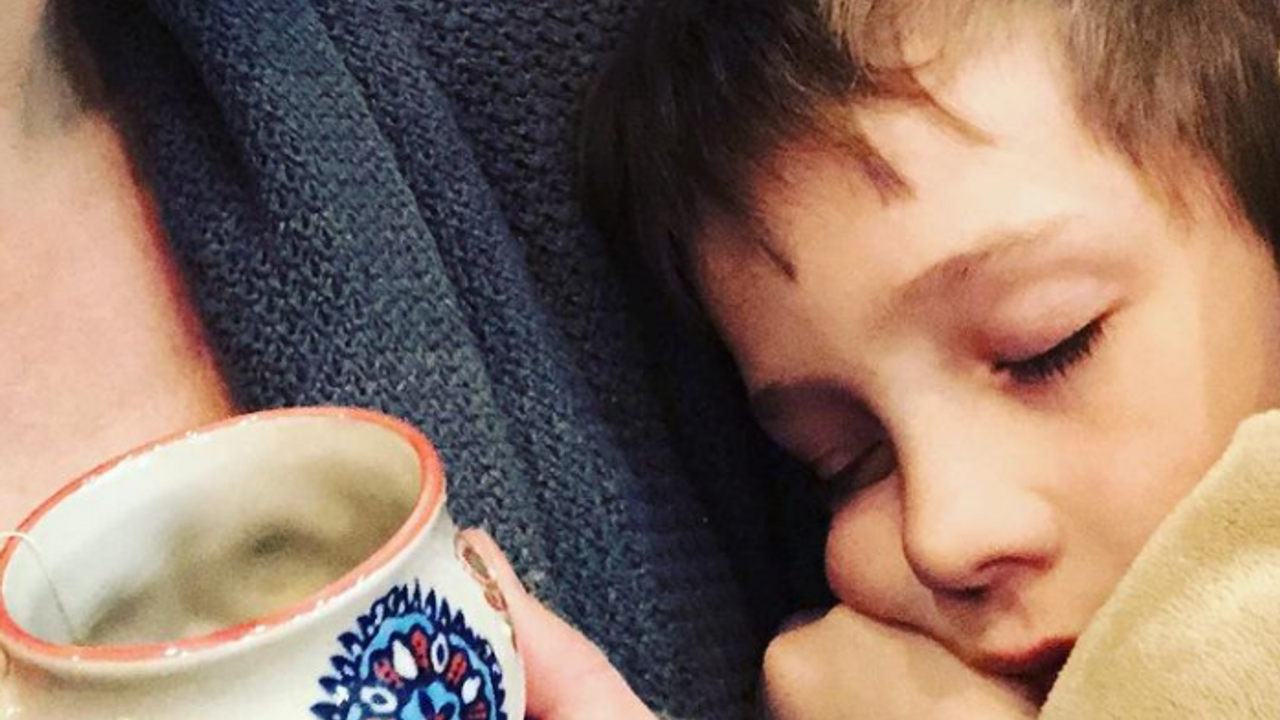 That Time I Bought An Elliptical Machine

Let me take you back to 2012.  Logan was three and Henry was one.  Six months later Josh was leaving on deployment, a one year deployment, and I was feeling frustrated because I hadn’t lost any of the baby weight from Henry.  I had two major knee surgeries…one in January that included a microfracture and bone graft…(YES, as bad as it sounds)…and then my fourth ACL reconstruction in March.   During that time I was also working full time for a non-profit.  Needless to say I had my hands full.

Many moms know that sweet spot of ages when one baby is three and another is one…one kid running away, the other digging through the trash…diapers and poops of all shapes and sizes…you get the picture.

So I wanted a way to lose weight and didn’t really know where to start.  Eat less, exercise more was the mantra everyone said so I figured I’d start with the easy one.  Exercise more.  I convinced Josh I was going to buy an elliptical machine.  I took $1,000 we really didn’t need to spend, drove his truck across Jacksonville to Dick’s sporting goods and bought a brand new elliptical machine.

Josh put it together and set it up in the bedroom.  P.S.  I had access to the base gym as well, but for some reason buying the machine made me feel like I was ensuring compliance.  I would use it because it was at my house!  I also thought that if I spent money on it, I would not waste the investment.  Silly brain!

Month one started off ok.  I would get on my "chariot," watch Game of Thrones and ride away.  I would sweat, drink some water and then feel accomplished that I had done my “cardio.”  It started at about 3x / week.  By week four I was down to about 1x/week and then then I slowly stopped using it all.  The weeks and months that followed, the elliptical machine became a great clothes rack but also a daily reminder of failure.  I would see it and know I wasn’t using it…I wasn’t getting in shape…and I had wasted our money.

I think about that time I bought the elliptical machine and why I “failed.”  I can think of a lot of reasons…work stress.…mom life…..physical pain……boredom…….working out alone.

But in retrospect I see things more clearly.  I’d like to reframe and say I know know why I wasn’t successful rather than why I failed.  It wasn’t because any of the things I listed.  Those things still exist for me from time to time.  Here is why buying the elliptical wasn’t my ticket to a healthy LIFE.

?I was exercising because I didn’t like my body.  This is loaded I know, but its important to say that your actions must start from the right INTENTION.  Instead of enjoying my body and using it to do something physical, I was punishing my body for being overweight.  My time on that machine was to whip my body into shape and burn calories.  This mindset isn’t sustainable and doesn’t contain any of the motivation to make change stick.

?I didn’t like doing the elliptical machine.  Now if you do love the elliptical machine that is totally ok.  Josh truly enjoys a 30 minute elliptical ride before each workout.  But for me, I have always loved sports.  Cardio for the sake of cardio is torture for me.  I chose something that I didn’t enjoy and expected my personality would magically change with that $1,000 money transfer to Dick’s Sporting goods.  Nope!

?I thought I could exercise away a bad diet.  At that point in my life I wasn’t making any changes to my food to lose weight.  The effort that was put into the elliptical didn’t have a chance in outweighing my poor food choices.   One Game of Thrones episode worth of calories on the elliptical was not even close to cancelling out a Boston Creme donut…which I ate daily by the way on my way to pick up Henry from daycare.

Loving your body, enjoying your exercise, and supporting your physical activity with quality food choices were the keys to success.  Those keys were missing at that point in my life and so my elliptical machine became a pretty expensive clothes rack.  Before we moved, I sold it on Craigslist for what I’m sure was a lot less than I paid. ?   Don’t tell Josh.

Right before we moved away from Florida, I made a trip to Play it Again Sports.   For exactly $35 I bought a pair of used rollerblades.   I had always loved rollerblading as a kid.   Even though I didn’t know it at the time, this was the beginning of rediscovering the beautiful truth that my body could be fit and active and bring enjoyment.  This is a truth I always knew playing sports and kids know inherently.   About 18 months later I found CrossFit and Weightlifting and not only did I start having fun; but also my mindset changed.   I became more proud of what my body could do and less worried about what it looked like.  Those used $35 roller blades were far more valuable than the $1,000 elliptical because I liked using them and I liked who I was when I was skating around the block.

If you want to make physical activity a part of your healthy lifestyle, #1 Start with the intention.  Add the exercise because you love your body not because you want to punish your body.   Self-talk matters here.  Don't tell yourself something you wouldn't say to your best friend.   #2 Pick something that makes you happy.  Find your rollerblades, or barbell, or basketball.  Life's too short to torture yourself.   #3 You can NOT out-exercise a bad diet so stop pretending you can.  The people that tell you that you can are trying to sell you something... like an elliptical machine.