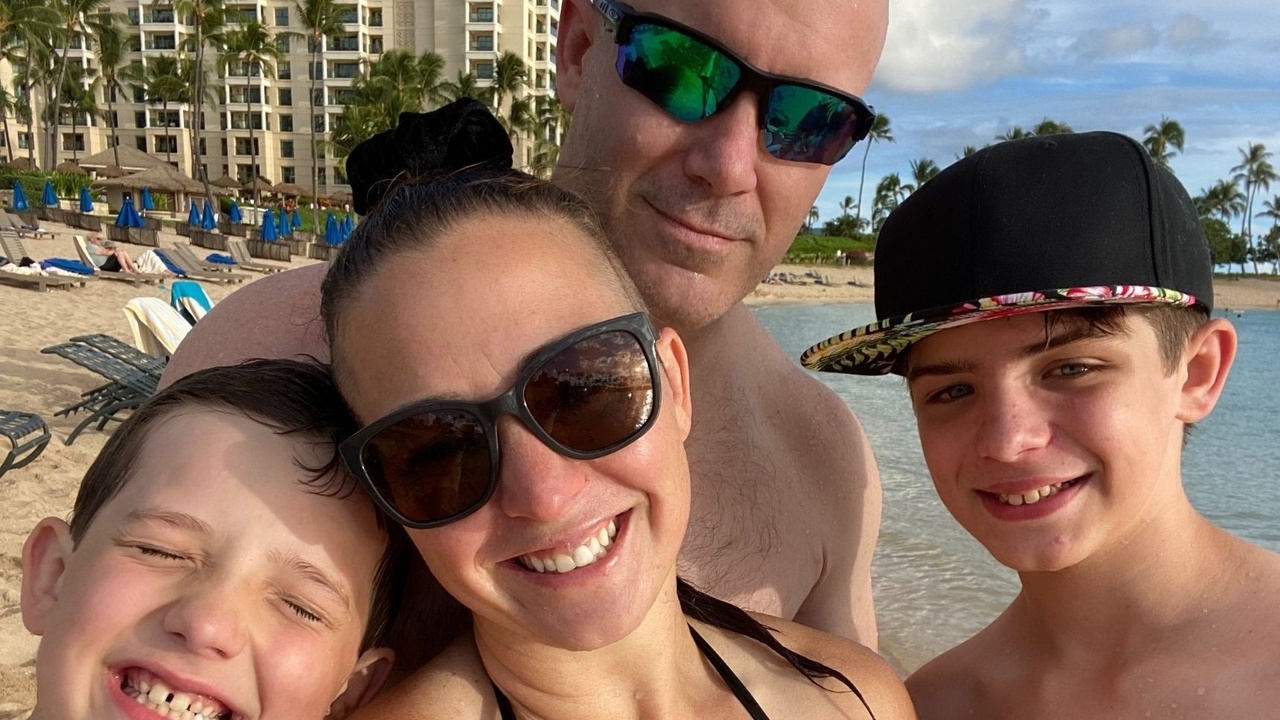 I'm writing today's fitme journal from a balcony in Hawaii. I am on the family vacation we set up to celebrate my husband's return from deployment and being stationed away from us.

If you are new to my blog... my husband is Active Duty Navy and a little less than 3 years ago, we found out we were surprise pregnant 5 days before he left on deployment. My boys were 8 and 10 at the time, so it was a definite shock because we had given away all of our baby gear many seasons before.

He returned from deployment 8.5 months later, just 1 week before I had my daughter Georgia.

The crazy part was, 1 week after she was born, he had to leave again and return to the ship. He was able to come home to visit 2 or 3 more times and then COVID happened and he was locked down on the East Coast. We live in Washington state. The military was unable to travel or transfer or fly, so we did a second deployment of sorts.  Months and months of separation.

This trip was the vacation we planned to celebrate his return home after all of that, but it was cancelled and moved due to COVID travel restrictions.

But now we are here...finally.

When we originally planned the trip, Georgia was a baby, fairly easy to travel and easy to contain. She is 2 now...a wild child toddler.  So we decided to have her spend the week with my mom and come with just the boys.

I miss her a lot...but the time with my older two kids and my husband has been priceless.  It's been all baby all the time for a while, and I feel like I am getting to have the best conversations with my 10 and 12 year old's without chasing a baby on the beach.

Last night, Josh (my husband) and I watched the sunset together on the rocks by the ocean.  We've had an ocean between us on deployment so many times, it felt surreal.

So -  I guess there isn't much fitness in today's journal... just an update. I will say though, I am so glad I am doing a modified version of the plateau buster challenge.

✅ I've taken an early morning 30 min walk with my 12 year old at the start of each day.

✅ I've eaten real food, with vegetables at almost every meal.

✅ I've been super hydrated...even in the sun because of hitting my water target.

✅ And I've slept well because instead of drinking too much, I've kept it to a few special cocktails only.

I'm having an amazing trip.

Now- off to hit my morning walk.

P.S.  My first youtube episode came out this week and has more of my backstory and how I became a coach!  Watch it and hit reply and let me know what you think.